Do You Intend To Die For The Banks?

10 April 2013—Just like the people of Cyprus, Australians and much of the rest of the worlds population will soon see their bank deposits confiscated and themselves plunged into not merely poverty, but mass starvation and death. Supposedly, all this is necessary to bail out the bankrupt, London-centred world monetary system. But thats just the excuse. Prince Philip and Queen Elizabeth II have openly, repeatedly proclaimed their intent to kill some six billion of the worlds seven billion human beings, in order to consolidate permanent, worldwide British imperial rule.1 The present global banking crisis happens to be a convenient vehicle to conduct that mass murder.2

But precisely because their system is bankrupt beyond repair, the Crown and its financial oligarchy can be defeated—if the targeted populations, and that means you—choose to fight. This issue of The New Citizen explains, step by step, how you can do that.

The financial crisis that erupted in Cyprus in late March has turned into the Great Cyprus Bank Heist, and a death sentence for Cypriots. Faced with the collapse of Cyprus' banks and the entire euro system, the Troika of the International Monetary Fund (IMF), European Central Bank (ECB) and European Union (EU) which dictate monetary policy to the nations of Europe under the direction of the British financial oligarchy (see below), sprang into action with a scheme, planned well in advance, to steal depositors' funds ostensibly to save the banks. Forced temporarily to back away from the original intention to seize a percentage of all deposits, the eventual "bail-in" mechanism involved the seizure of all deposits in the largest banks, including the Bank of Cyprus, above 100,000 euros, 37.5 per cent of which were forcibly converted to shares in the bank, 22.5 per cent written off, and the balance of 40 per cent frozen, but to supposedly accrue interest.

Even before its implementation, the plan caused a 100 per cent freeze on liquidity in the banking system, imposed to avert an entirely predictable "run" on the banks. Under these conditions, the people of Cyprus are suffering such a sharp economic collapse that many face starvation. Cypriots can only withdraw 300 euros per day, and use only cashcheques and credit cards don't work. Businesses cannot function. Suppliers who ship the food and other goods that the island nation depends upon are refusing to accept bills of credit from Cypriot banks, so goods are disappearing from supermarket shelves and many stores have closed. Food lines are growing in the cities, and some Cypriots are stockpiling essentials such as baby formula, canned food and olive oil. Electricity consumption has plunged 25 per cent in just two weeks. 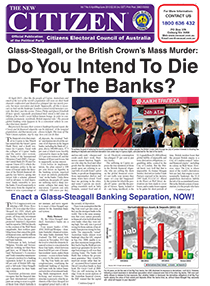